No need to worry about the higher temperature of the GPU causing your PC shut down. A better fan design graphics card is getting ready to be sold on the market. Leadtek Research Inc., known globally for its extreme visual graphics technology, added the new WinFast GTX 560 Ti Hurricane graphics card to the Fermi II generation family for enthusiasts. It features dual 90 mm fans, two 8 mm cooper heat-pipes, a large copper base and many fan fins equipped behind the GeForce 114 chipset, which can reduce temperature more effectively than the standard version containing only two 6 mm cooper heat-pipes from the chipset manufacture. This not only means improvements in the thermal solution but also in noise emission. Only 21 dB is measured during idle time, and even during peak time, it is just 43 dB. Leadtek will release more dual fan design graphics cards, naming them “Hurricane”, to highlight these features. 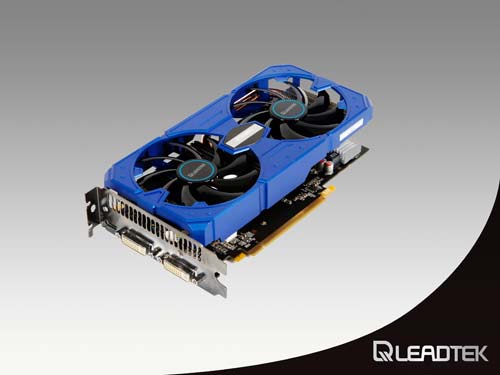 This model is equipped with a 2-way SLI in addition to two DVI-I connectors and one mini-HDMI connector. It also needs two 6-pin PCI-Express power connectors. Moreover, with the native HDMI connector and 7.1 LPCM audio channeled through a PCI-Express interface, gamers enjoy a high definition audio experience with no extra SPDIF cable needed.